Report Your Bank Account Data to the IRS? No Thank You! 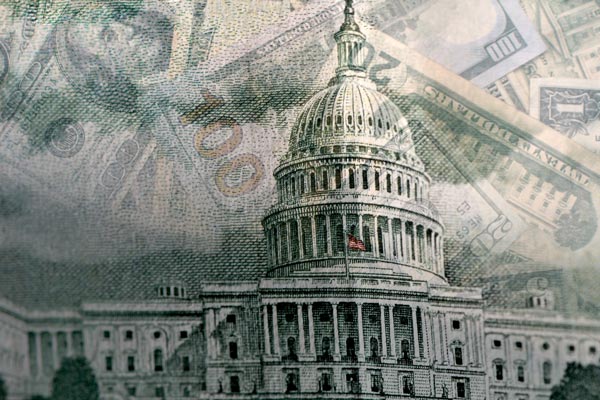 October 18, 2021 - The Biden Administration has proposed a sweeping expansion of tax information reporting aimed at raising revenue to help offset the cost of funding the American Families Plan.   This proposal, if enacted, would require banks to report to the IRS information on the inflows and outflows of every account above a threshold of $600 during the year - or any account that has an average of $50 worth of activity each month.

We join the Virginia Association of Community Bankers, the Virginia Bankers Association, and the American Bankers Association in strong opposition to this proposed requirement. While policymakers insist this provision is aimed at high income earners, it affects almost every American with a bank account, including our local customers. This is bad public policy and should be rejected for reasons you should care about - privacy, impact, and cost.

U.S. Congressman Morgan Griffith of Virginia’s 9th District also opposes the proposal. He says, “Many constituents have contacted my office to express their concerns about this proposal. I agree that it would be an invasive and unnecessary expansion of power…”

On the privacy side, the IRS is a constant target for hackers and has had multiple data breaches.
Adding this enormous amount of data for every account that meets the $600 de minimis threshold will expose even more taxpayer financial data to cyber risk.

Recent polling by Independent Community Bankers of America found that 67 percent of voters opposed the proposal, which ICBA says, would be an excessive government intrusion that could hurt small businesses by double-taxing their income.

The Administration has also failed to explain how this new information would close the tax gap, and why virtually every American should sacrifice their financial privacy to enable closer inspection of the top 1% of taxpayers. Banks are already subjected to a burdensome number of compliance regulations, and we provide an enormous amount of information to the IRS.

We are also concerned about the impact this proposal would have on unbanked and underbanked citizens in our communities. Asking them to trust the IRS with more of their personal information would only add to the apprehension these groups already feel, and, as a result, cause them to be even more reluctant to have bank accounts.

The impact on average Americans and the safety and privacy of their financial information would not be mitigated by raising the reporting threshold to $10,000 or even higher. Consider a taxpayer who earns $18 an hour, has no other income, and pays rent and other living expenses. The sum of this taxpayer’s gross inflows and outflows after taxes would be around $60,000.

Self-employed contractors who buy materials and install them for customers will commonly have gross inflows and outflows that far exceed the income they earn. Whether it is average workers or self-employed citizens, virtually all Americans would be subject to this new reporting requirement.

For the IRS to design system capabilities to capture and report account inflows and outflows and other information is complex, expensive to maintain, and will take years to fully implement.

On the banking side, regardless of the threshold chosen, financial institutions like ours would be required to develop the necessary processes and technology to identify the accounts, report to the IRS and educate bank staff and customers on what these new systems.  These would be time-consuming and expensive endeavors.

This proposal claims to target wealthy Americans whom the IRS believes are dodging taxes. It neither targets only the wealthy nor focuses on those who dodge their tax bill.

We at The Bank of Marion strongly believe that everyone should pay their fair share of taxes. However, only a targeted approach aimed at those truly suspected of tax avoidance merits consideration. We continue to oppose this proposal and we hope you will express your concerns to our elected officials as well.

To express your opposition to this proposal, we encourage you to contact your lawmakers here.

The Bank of Marion was established in 1874, making it the third oldest bank in the Commonwealth of Virginia.